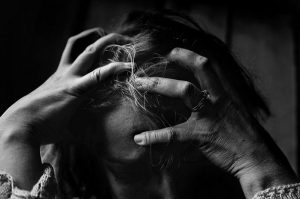 When a person knows about a disease well then only he can fight with the same and can also recover at the best time too. One disease that we often hear nowadays is schizophrenia. As per a survey conducted by World Health Organization, around 24 million people in the world suffer from the problem of schizophrenia. Men and women are equally affected from schizophrenia. As it is a chronic and severe mental disorder, people should be aware of it so that it can be controlled within time.

Schizophrenia is a long-term mental health problem where a patient often experiences delusions, hallucinations, social and emotional withdrawal and unexplainable behaviour. The worst thing about the disease is that for the patient, it becomes really difficult to differentiate between reality and imaginary things. Schizophrenia seriously disturbs the way people think, feel and relate to others.

Although this mental health problem has been present throughout human history, it was only in the early 20th century when German psychiatrist Eugen Bleuler gave the ‘schizophrenia’ to describe this kind of illness. The word ‘schizophrenia’ comes from the Greek words for ‘split’ and ‘mind’. But it is important to bear in mind that schizophrenia does not mean split personality. It is a kind of mental illness where a person cannot tell what is real from what is imagined.

Based on the many researches which have been conducted on the disease, the exact cause of schizophrenia is not yet known, but the different theories do suggest some possible reasons that are mentioned below.

Genetic: Researches says that the disease has a strong connection with heredity. People who have first degree family member suffering from schizophrenia have a higher chance of having this kind of mental disorder. Several genes are responsible for the increased risk of schizophrenia but there is not any particular gene found that could be solely held responsible for the same.

Environmental Issues: Well, this may be surprising for people to know but the environmental issue does have their relevancy in the disease. Stress during pregnancy increases the production of the hormone known as cortisol in the body. This hormone can trigger schizophrenia. Other factors that may cause schizophrenia are viral infection during the prenatal stage, low level of oxygen at the time of birth, viral infection during infancy, malnutrition before birth, taking marijuana during teenage days and suffering from some kind of abuse in childhood.

The Common Symptoms of Schizophrenia

The disease can be understood better when one can spot the symptoms well. We are here mentioning the symptoms of schizophrenia that could help in getting speedy treatment for the same. Actually it is a disease in which a person is unable to understand what is real and what is not and hence there are few symptoms that could help in knowing if the person is suffering from schizophrenia.

Depending on the symptoms the disease is classified into five different forms. We are mentioning the different types of schizophrenia below.

These are the most important things that you should know about the disease. If you have someone who is having the symptoms of schizophrenia then it is required that you should consult a good doctor for schizophrenia treatment for the same. Consulting Dr. Shashi Bhushan could be a good choice as he is a reputed psychiatrist in Delhi who specializes in many health diseases. 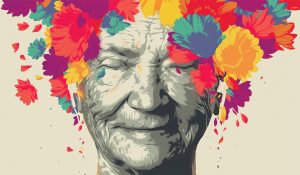 A human brain tends to become more forgetful with aging, but dementia is totally different and dangerous too. It is a mental problem which though starts with brain but with the passage f time, it affects the several other parts of body as well. Alzheimer or dementia is a very common mental disease in which a person tends to lose his memory or faces the diminished cognitive skills. When a person is suffering from the disease then he faces difficulty in coping with day-to-day task, other than this he also faces difficulty in communicating and the change or fluctuation in mood or judgment or personality is also the strong symptom that defines the disease.

We have always been mentioning that understanding the disease is always required if you want to fight back with the same strongly and hence we are here presenting 10 facts about Alzheimer dementia that you should know.

Women Have a Higher Risk: The most interesting fact about the disease is that women have a higher risk of getting dementia. As per the research conducted, it has been found that nearly twice as men; women are the sufferers of the disease. Also the Alzheimer disease also worsens more quickly in women as compared to men.

Heart Diseases Can Risk of Getting AD: Any suffering from heart disease can make a person more likely to get AD too. High blood pressure, high cholesterol, diabetes, poor diet and non-active lifestyle can also risk in getting AD to a person.

Education Can Lower Risk of Alzheimer: A recent research conducted on Alzheimer is really interesting to read. It says that the more education a person has, the lower the risk of Alzheimer disease. A person has lower odds of getting Alzheimer if his brain is active in old age and is involved in the activities like reading, listening to music or taking classes.

AD is a Leading Cause of Death: This is really something sad to know about the disease that it has been found that Alzheimer is a leading cause of death in many parts of the world. Amongst one in three seniors die due to Alzheimer the research says.

Unique among Causes of Death: Well amongst the top ten causes of death, it has been found that this is the only disease in which there is no method of prevention; curing or slowing it down and hence it is considered to be a unique cause of death.

Costly Disease: The cost of treatment of the disease rose with the passage of time, and till now it has been found that it is amongst the costly disease to cure. As it is a life taking disease and is the cause of death of one amongst the three seniors, hence treatment is becoming expensive day by day.

Discovered in Last Century: It’s been a decade of the discovery of this disease. A German doctor named Alois Alzheimer first observed AD in 1906. He described a patient known as Auguste D. who had memory loss and other problems with thinking. After the patient’s death, Dr. Alzheimer noted that parts of the patient’s brain were shrunken. A psychiatrist who worked with Dr. Alzheimer named the condition in 1910.

Linked with Loss of Sense of Smell: A person who is suffering from AD may lose the sense of smell. Several researches conducted on the same suggest that a change in the sense of smell is an early sign of Alzheimer dementia.

Life Expectancy Varies of Patients: The time taken for Alzheimer to spread in a body varies from person to person, so it is actually a difficult thing to make out how long a person would survive after the disease. The research says that older adults usually live three to four years with AD.

These are 10 most important facts about Alzheimer disease. It is always a requirement that one should understand the disease better. Consulting a trained psychiatrist for the treatment of Alzheimer on time can help in long life expectancy. 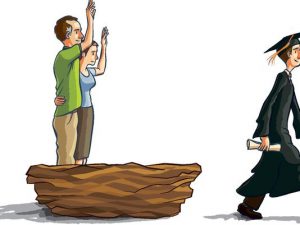 When children leave their parents for studies or for job or to settle down their career, parents become so lonely. Parents dedicate their whole life in making the future of their children bright, and when those children leave their parents; then it is really very tough for them to cope up with the situation especially at the time of life when their muscle is weak and their body is tired. The situation is just like the same what is with a mother bird who finds that her kids have flown and now her nest is empty and this is a reason the syndrome is called as empty nest syndrome.

If you are also feeling from the same syndrome then first of all, it is awareness which is required. To fight with the disease, we are here telling the 5 tips that would definitely help out in fighting with empty nest syndrome.

Pick Your Phone: Don’t distress yourself because your kid left you, understand the need of his career and the things from his perspective. You should not stop the communication. What if your child is busy, you pick your phone and call him; everything would be managed and this will give you ultimate relaxation.

Keep Yourself Busy: Thinking more and more would bring problems hence set your thoughts free and get indulged in something that would help you pass your time. Keep yourself busy as it is the finest way to cope up with this mental condition.

Speak to Someone About It: You should speak to someone regarding this because keeping things with your mind would not help you to get solution for the same. Even if you will not get a solution for your problem, you will get a relief from the worry for sure.

Work Out: Exercise and yoga are the two things that will help you to control your mind. Doing some yoga and work out will aid you in maintaining the perfect mental balance.

Practice or Pick a New Hobby:  Picking a new hobby will help you to control your mind and emotions. You can get indulged in the things and hence can see the life from another perspective.

Empty nest syndrome is not but just the thoughts that make a person alone. Find the happiness around and understand the situation and happiness of your child. Be positive. In case, you don’t have anyone to discuss the things, consult a psychiatrist for the same.