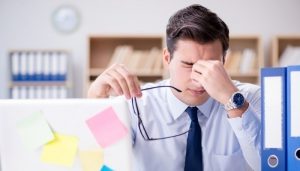 The life in present time is really very tough. In order to walk along with the fastest pace of life, one needs to make so many compromises. In our day-to-day life we are really pissed up of many things but still have to deal with the same because we don’t have any other option, one of such very complicated thing for everyone to deal with is the work pressure in office. The corporate culture is killing our personal life and comfort and most of people are cuffed in the extreme work pressure.

The worst part of work pressure is that people get addicted to alcohol, nicotine and other drugs to release the pressure. But, this should never be the way to deal with the complications and problems in office. Handling the work pressure in office is really one amongst the complicated things to do but at the mean time it is not impossible as well. For those who are encountering extreme pressure in office, here are few of the tips that they should follow to come out of it.

Exercise: The first thing that you can do to release the pressure at the workplace is workout. Either exercise or yoga, both are the best things that can make you to handle the extreme work pressure at the office and you can relax your mind and body through that.

Give Time to Self and Family: Just digging yourself down in the pressure of office is not the best way to handle the pressure. Leave the complexities of workplace there only and try spending quality time with the loved ones because these are only the people who can relieve your stress. Giving time to family is extremely important but at the meantime don’t forget to pamper yourself as well.

Consult a Psychiatrist: If you have tried everything and still it is not working then the best way out there is to consult a psychiatrist regarding the problem. The psychiatrist would give the best consultation and would definitely come out with a good solution of all the worries and tensions with regards to the pressure at the office.

There is no second thought in the same that the pressure in office is really very high and many-a-times it diverts a person towards alcoholism and other addiction as well. The best way to come out of the same is the timely consultation from a good psychiatrist. 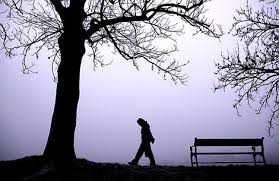 Depression is the stage of mind in which the person who is suffering from it keeps himself aloof. Depression has not exact symptoms but one has to observe the behavior of the person to know whether he is suffering from depression or not. If there is a close one to you, who is undergoing some mental problem and is not behaving normal, then the best way to take him out from the stage is by talking and discussing about his problems.

Take for a Vacation: Going out somewhere with the person who is suffering from depression would also help him to come out from the complication. Stepping out from the zone that is giving stress to the person would be the best decision at the time. To have the favorable environment and to fight with the thoughts that are moving inside the mind of the person, it is always better to change the surrounding.

Consult Psychiatrist: Consult a psychiatrist, in case the things are not manageable to you. If you are unable to come to a conclusion of the problem and are finding that the problem is going beyond your radius then consult the psychiatrist in the adequate time.

Depression is not a disease but it is a state of mind. Only the strong will power can help a person to come out from the situation. If someone who is close to you is also facing some sort of mental problem then it is better to consult a psychiatrist on time other than to regret for the things at last. 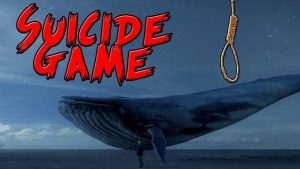 The Blue Whale Challenge Suicide game which has been claimed to take the life of more than 300 children around the world has become a serious matter of concern for the parents. Awareness about the challenge is the only way out for the parents to save the life of their children. The game which is attracting basically teenagers has 50 stages and the final stage of the game makes the player to commit suicide. Without completing the final stage the player cannot rid of the game. As the teenager’s have a mindset to trust everyone hence the curators of the game take benefit of this to brain wash the children.

Blue whale challenge is not only the problem of parents but it has now become an international matter of concern. UNICEF has instructed various countries to issue guidelines for parents to help them to protect their children from this suicide game. In this article I am going to tell parent’s the most important tips that they should follow in order to keep their children away from this challenge. To save the life of their child from this dangerous game, below are the things that the parents need to know and if they observe these kind of behavior then taking necessary action in proper time is required.

Stays Aloof: The first sign that would help you to know that may be your child is inclining towards this game is that, he starts living aloof. Most of the psychiatrist says that when the child starts living by himself of herself then there is something happening which is not right.

Stops Interaction with Friends and Family: Suddenly your child stops meeting friends and stops interacting with family members then don’t take it casually. This life taking game makes the mentality of the player to hate the people in and around the surrounding and it is because of this game only that the child stops interacting.

Talks about Death: Always you have to keep a close eye on the activities of your child. In case he talks about death or running away from house then this is suspicious.

Changing in Eating and Sleeping Habits: One another thing that could help a parent to know if the child has become a victim of this suicide game is that, there occurs a change in eating and sleeping habits. This challenge makes the player to wake up at 4:20 AM, so in case you are noticing such things then it’s time to take action.

These are few of the signs and symptoms to help a parent to know if their child has become a victim of this online conspiracy. If you notice any of such things then it is better to consult a psychiatrist at the earliest. Your timely action can save your child’s life.